Restored, is a poem and also a wish that I share with the entire human and non-human fraternity: May we make it come true, so…

Know as Cold Moon in the higher latitudes, the December full moon has various names across different cultures. What will we in the middle latitudes…

…The books sit on my coffee table, a reminder, of the relational interplay between resistance, acceptance, patience, and friendship that shape all occurrences, and of…

This is what is called…

The best learnings happen when a grownup learns with children. Learning, Imagination with Shaurya, Thoughtfulness with Isabel, Acceptance with Vidur, Gratitude with Maya.

Both regeneration and communication depend on one process, the process of cohesion—where one particle joins another to form a whole. The first is natural cohesion…

When ripe the fruit will be harvested and the plant will perish, leaving behind a few spurs or spurring new shoots that will grow and…

As an ode to all early crafters, who have helped establish the human experience of solidarity and contentment, and opened our hearts to receive with…

joy and energy: designed to regenerate

A process designed for regeneration is designed for wellbeing. They go together, because energy that is applied, produces energy. The form can change but energy…

Black and white are not contrasting colours, they are shades on the grayscale, and earth and sky are both part of the electromagnetic spectrum. Why…

The fruits were drying in the sun, the leaves were protecting the soil, and the tree trunk and branches were preparing to sprout and unfurl…

A whiff of intention

We rush, we pursue, we conjure and we imagine, because living with uncertainty is hard. It’s hard till we accept our vulnerability, develop our patience…

Love is larger than principles and greater than perfection. And all that love needs is idealism of the inclusive kind.  ‘May your light, light others’…

Choice begins with a simple question, about the kind of person we wish to be in that moment. SOA’s recent release of short films show…

Half (of) the whole

I am not certain the world will ever have perfect inclusivity, historically there seems to be no evidence of this; maybe human nature does not…

Sure, decarbonising will help restore balance in the atmosphere and will help save the biosphere, but what about the changes triggered by our continuous and…

“I was raised well”

I think we women need to recognise that we are not raising our boys—and our girls—well. Positive Masculinity is an essential part of the stand…

Condensation: a change in phase

The conversation that we need to have with ourselves is not about what’s wrong with capitalism, but about what it means to be an organic,…

What if? Reimagining our world

Roads are built, motorbikes are sold, cars are aspired for, gasoline is needed, greenhouse gases are emitted, waste is created, solutions are needed, investments are…

One degree. One decade

To be truly green we need to move away from fossil fuel; no small task this. Those who get there, live by nature’s cycles, undertake…

“To save the Polar Bears, daddy”

Isabel while speaking to her father on FaceTime proclaimed that she was going to ride the bicycle to school when she returned (to California). When…

Sleep outside on a cold winter night No quilts for cover, no hearth or warmth Stand and watch in scorching sunlight Bricks and rubble that…

In the seemingly repetitive flow of monotony is a continuous unfolding, Life is happening to us while we are busy making other plans (paraphrased from…

A view is a perspective (merely one way of looking at something), sound is a vibration, and form is light reflected; That’s all. What then…

Where? is my response to the pandemic, to the fear and anxiety that we have all lived with these last fifteen months. Human minds have…

Nijeder Mote, Nieder Gaan: Artists collaborate to erase the imprint of hate, to show that solidarity is not merely part of a rhetoric, and to…

Inspired by Gandhi and E.F.Schumacher and Driven by Love, Consumer Circle, Mumbai is a small initiative to gather together and reimagine our villages so that…

Ambedkar was the chief architect of the Indian Constitution and he was a social reformer who advocated equality. He came from the much-discriminated untouchable community…

‘Perfect as is’, is a story about a gender-neutral mango that receives much attention till it grows ripe. Realising then that its personal image of…

Natural wisdom may topple self-serving economic ideologies, while benefiting the wider collective. Would a simple act of good sense then become a seditious act of…

What is the true cost of our purchases? Aren’t we paying with contentment, free will, and the privilege to exist as natural beings. Created by…

Wake up and turn out the lights

When I look out the window and I see bright city lights, my heart hurts for under these very lights is the shadow of ignorance.…

Each of us is a consumer first

Reframing our consumer narrative: We have climate emergency on one end and our varied spectrum of changing realities at the other, both can’t be ignored.…

Love, again is love from another perspective.

Three short verses, three verbs, one wish of wellbeing for all. The calendar year will change soon. 2020 will be gone, 2021 will be beginning.…

A great tree that stood in the premises of our building will soon be felled. Decay has set in but its time isn’t up yet.…

A “bean” of truth received

I published this post first on November 26, 2020. Two days later, I removed it. A friend raised a question about the intellect’s capacity to…

A “bean” of truth

Gora revealed to me the brilliance of an insightful mind in its delicate ability to untie the strings of complex inner journeys, with a natural…

Finding the Feminine: An internal shift.

Finding the feminine. For me this search began in my forties, when appearance, definitions, and notions about motherhood were all being tested. In trying to…

Hindi Reconstruction of Brothers of kin by Nandini Patodia. A sensitive representation of the original poem. I thank her for wishing to spread the message…

Brothers of kin is a short poetic expression of love and solidarity. We women trust in the men of this world. We look to you…

Something went wrong. Please refresh the page and/or try again. 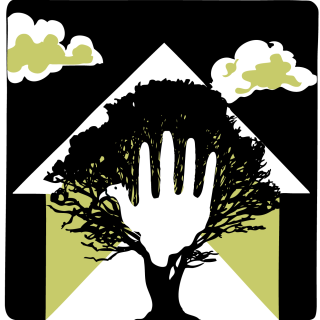 I began as a blog about a book that was produced with care and respect for the environment, and included the binding skills and creativity of those who may not have use of their legs but their hands have the deftness to make. Today my voice continues to lend itself to topics that include humans, non-humans, nature, and equity. I observe, experience, research, understand, and share perspective and stories.

This work is licensed under a Creative Commons Attribution-NonCommercial-NoDerivatives 4.0 International License.

If all life is matter and all living organisms share the same molecules, then what causes individual distinction?

In 1957, biochemist John Kendrew figured out the atomic structure of myoglobin, an oxygen-storing protein found in muscle cells. He studied and modelled the myoglobin molecule in sperm whale, which is identical to the molecule in human bodies. Yet another evidence of sameness.

As professor of structural biology Stephen Curry notes, “That’s one of the clever and unappreciated things about structural biology: it reveals similarities at the molecular level that testify to the evolutionary unity of all living things, at a level even deeper than correspondences between DNA sequences.”

Distinction may quite possibly be an interpretation. What happens when we view distinction as the interplay of elements—space, air, fire, water, and earth? Does distinction and personal physicality become a collective configuration, an arrangement of the elements in relation to each other?

Elemental by nature and elementary when understood.

Here are some of our earlier posts

Know as Cold Moon in the higher latitudes, the December full moon has various names across different cultures. What will we in the middle latitudes call the December full moon? So close to the equator we are that our relationship to the sun is more pronounced and discussed, but the moon is an essential part of our rhythm—circadian and ecological.

...The books sit on my coffee table, a reminder, of the relational interplay between resistance, acceptance, patience, and friendship that shape all occurrences, and of a delivery that is in our hands to make.

The best learnings happen when a grownup learns with children. Learning, Imagination with Shaurya, Thoughtfulness with Isabel, Acceptance with Vidur, Gratitude with Maya.

Both regeneration and communication depend on one process, the process of cohesion—where one particle joins another to form a whole. The first is natural cohesion and the second social cohesion. In both continuity is created intentionally, by design.

When ripe the fruit will be harvested and the plant will perish, leaving behind a few spurs or spurring new shoots that will grow and nourish like the mother plant—benevolence, isn’t it? And it’s also an example of carrying forward inheritance, from mother to child and plant to spur or shoot.

As an ode to all early crafters, who have helped establish the human experience of solidarity and contentment, and opened our hearts to receive with humility, and to Goa's very own Makers of Mol'lam , including the two in the first photo, I dedicate these inspired verses.

This work is licensed under a Creative Commons Attribution-NonCommercial-NoDerivatives 4.0 International License.